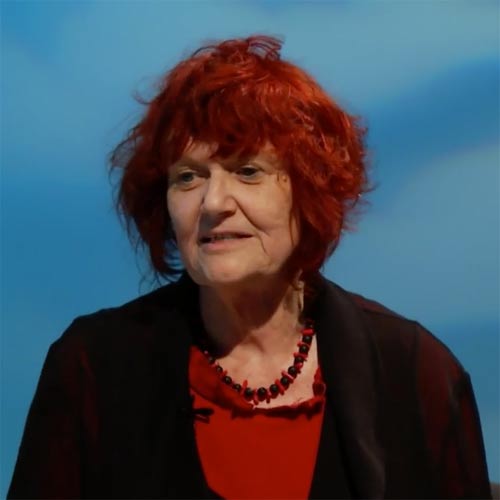 Hilari was based in London when she became first cook of the Rainbow Warrior. She was involved with eight Greenpeace campaigns between 1978 and 1980 and also worked as a volunteer in the French Greenpeace office. She returned to NZ in 1983. She teaches Drama and is currently Head of the Performing Arts at Marist College.

Sam Yurjevic, a Year 13 student at Rangitoto College in Auckland's North Shore, interviewed Hilari about her experiences on the Rainbow Warrior.

Hilari Anderson talks to AUT TV Major Phoebe Jeurissen about anti-nuclear protests, the connections she made through the Greenpeace family and activism now.