Daughter of an Argentinean diplomat in London, Susi is one of the co-founders of Greenpeace UK and Greenpeace International. She named and bought the Rainbow Warrior, gave it its iconic Rainbow/Dove meme and has campaigned for Friends of the Earth and Oxfam, more recently on climate change and inequality.

Susi is a published author – her book is currently being turned into a feature film – as well as a documentary film-maker. A film she co-directed and co-produced Kit & Maynie: Tea, Scones and Nuclear Disarmament was nominated for Best Director and Best Documentary at the New Zealand International Documentary Film Festival and has been screened on TV several times. She is currently producing the documentary Eighth Colour, about the Inupiat elder William Willoya who co-authored Warriors of the Rainbow, a seminal book of prophecies which inspired her to name an old Scottish trawler the Rainbow Warrior.

As a young woman, Susi turned her back on a lucrative career in publishing to dedicate her life to environmental and human rights activism. She has an honours degree in Human Ecology and her current motto is "Still Rainbow, more Warrior!". 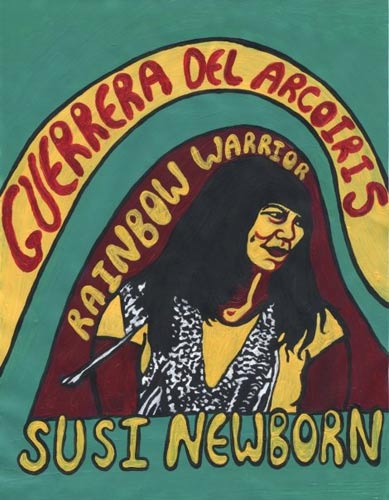 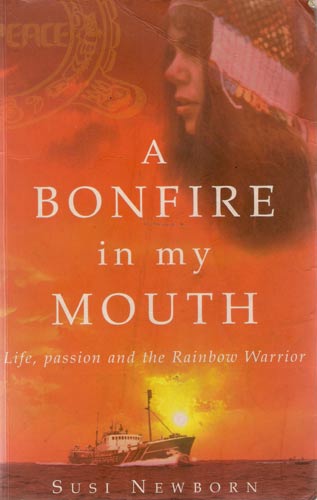 A Bonfire In My Mouth