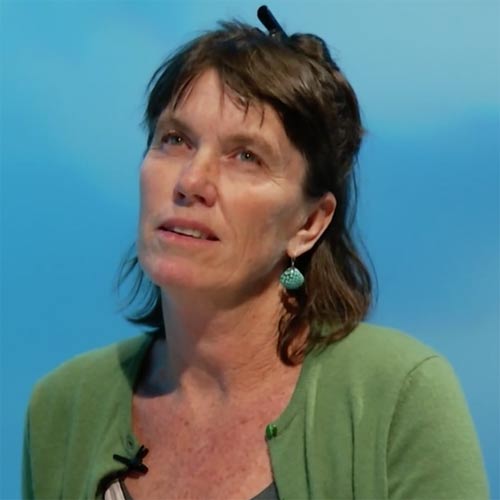 After the bombing, Bunny sailed to Moruroa aboard the Greenpeace and spent three months in the Marshall Islands with the Rongelap people who had been relocated to the island of Mejato. She co-founded the Greenpeace Pacific campaign in 1987 and continued campaigning against French nuclear testing until the last test in 1996. Bunny moved the Greenpeace Pacific campaign office from Auckland to Fiji in 1994, living in Suva until 1998, then left Greenpeace to work with Henk running a science charter business with their sailing boat, Tiama. She returned to Greenpeace in 2001, working out of its headquarters in The Netherlands coordinating the international nuclear campaign for a year and then the bottom trawling campaign, and moved back to New Zealand 2002. Bunny and Henk’s daughter, Ruby, is an environmental lawyer based in Auckland.

Bunny McDiarmid, interviewed by PMC's Alistar Kata, talks about Rongelap, life on board the Rainbow Warrior and small acts of courage.