Nuclear tests in the Pacific – 2

The Greenpeace tragedy was one of several happening in the Pacific at the time, and this was really overshadowed by the Rongelap evacuation when the Rainbow Warrior crew ferried some 320 islanders, plagued by ill-health from the US atmospheric mega nuclear tests in the 1950s, from their home in the Marshall Islands to a new islet, Mejato, on Kwajalein Atoll. 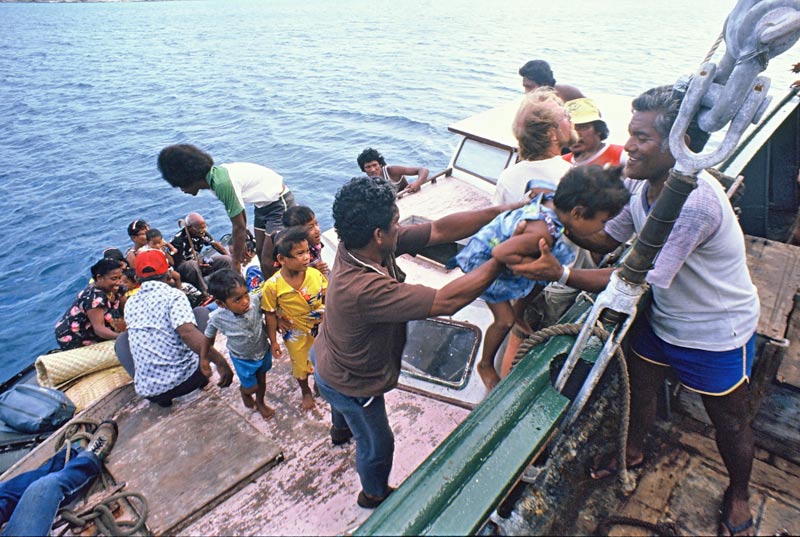 Rainbow Warrior crew helping Rongelap islanders board the ship for one of four voyages relocating them to Mejato islet in May 1985. Photo: David Robie/Eyes Of Fire.

Over the next few years, after the start of the Kanak uprising, New Caledonia suffered a series of bloody incidents because of hardline French neocolonial policies: